The last few years Zappi has been involved in a band project called Der Schlaeger. From the band website: "The music of "DER SCHLAEGER" is a combination of typical german "Schlager" music and kind of abstract and aggressive instrumental overlays. The lead vocals definitly represent the original harmonies and lyrics of the "Schlager" whereas the vocalist live performance has a more punky attitude.
SCHLAGER: typical german popular songs mainly from the 60ies. Very easy tunes with easy lyrics."

The CD BLOGS is released by Dirter, and is limited to 1000 copies. Divided into 4 blogs, it contains 23 tracks altogether, and is a nice mix of strange experimental soundscapes, and the German Schlaeger songs sung very nicely by Karin Meier.
A dvd will also be released.
Posted by autovern at 10:00 No comments:

As last year Irmler will team up with previous EN member FM Einheit, and do some live gigs in Germany. One already done earlier this month, but the next dates /places are as follows: 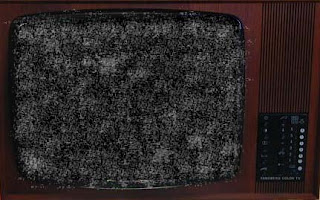 Faust (Geraldine Swayne, James Johnstone, Zappi Diermaier, Jean-Hervé Peron) has recorded a new album at Cloudshill Stuios in Hamburg. It is called "Something Dirty", has 13 tracks and will be released as a CD, a Vinyl with art-work inside, a 12" single with a remix from a great band (TBA), and a 7" outtake. The album is produced by Johann Scheerer and Faust, and will be released on January the 21st 2011 by the label bureau.b in Hamburg, Germany.
Posted by autovern at 12:55 No comments: